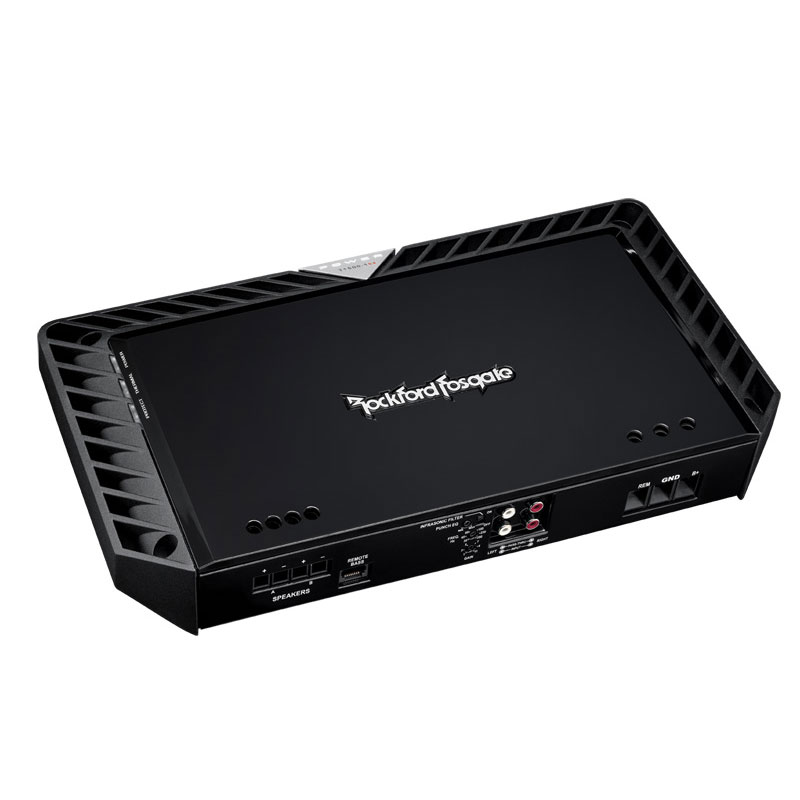 Making buying decisions based solely on reviews is not recommended.   (+) more info

I've had this for about 5 years and I love it when I take my truck to the shop everyone always ask after they hear the system. I have it powering a orion hcca 152. I finally found some speakers that will keep up with and now my system is complete.

Although it costs a lot, I promise this thing delivers more power then stated on the box. I Have had this amp for about two years and everyone I know has tried to buy it off of me. The Only issues I've had with this thing have been with keeping it cool during the summer months. I guess I'll have to eventually get some type of fan in my car to prevent it from going into protection mode wher it's too hot. Otherwise be prepared to be amazed at what this thing can do. Everything on my car shakes so you'll need to invest in some dynamat.
Jose - Crestview
10/14/2014 01:03 PM

This amp will deliver even more Power than the Specs. The sound is cristal clear deep, pure bass for the audiophiles addicted to bass in our cars. The lighs indicate the power user and have the protection so you don't burn it for overheating. Very satisfied with Rockford and this line of power amps.

I have this amp on two 15 inch Rockford T1 subs in a Nissan Versa hatchback. The amp is mounted on the rear passenger floor pan. This amp performs without any flaws. Make sure you have the right electrical system for this amp and you will not regret your purchase. Like the other reviewer said," If you do not know how to install please get someone who does to put it in for you." P. S. The tech at OCS was correct, this amp on two T1 15 inch subs is wicked strong.
Bill Money - KC mo
04/16/2014 11:21 AM

for starters this amp is black not grey like in the pic. second its a beast. the only thing i thought was left out was a bass knob. i've had this amp for two years and some months and it still makes the windsheild wipers slap. clean power makes clean bass.

$500 for a REAL amplifier is a steal.  I have had Precison Power (back when they were still the REAL PP), Phoenix Gold, MMats,Memphis, Kicker, MTX, Orion, and they all cost substansially more than $500 (but you get what you pay for).  Most amps on the market nowadays spend more money on advertising than research and development, and anyone can print a sticker saying 3000 watts.  If it weighs less than 10 lbs, you can bet your paycheck that they sold you a POS.

For my money, Kicker and RF are the two best amps you can buy without having to sell your first born.  They put out ALOT more power than they say they do (unlike your friends BOSS 3000 watt amp that barely makes his 10" sub move lol), and they are built to last.  If you love music, spend your money on amps and speakers, and then have someone who KNOWS what they are doing install it.  You can have the best equipment in the world, but if dumb and dumber install it you'll be lucky if it just sounds like crap.  If you aren't lucky, they'll install something wrong and burn up your car and your stereo.

I was so impressed when I saw that.. but anyways I ran it at 1 ohm for a while and it bumped so hard, then by unforseen circumstances I had to wire it to 2 ohms with my new sundown sa-15's. Still slams so much harder than my hifonics @ 1 ohm... I'm so happy with this amplifier. I tried wiring it to .5 ohm for a day and it played everything fine but I didn't want to fry a $500 amp so i put it back to 2 ohms lol. Thank you Rockford Fosgate, but your still effin expensive!

i just got this amp...not from this site tho. yeah this amp is raw power, i have it pushing 3 12in Kicker L7's yeah my head hurts most the time....haha. over all good amp.